Jesse David Horowitz lives and works in New York City as an Industrial Designer specializing in Toy Design and Illustration.
In addition, his wide range of artistic talent includes graphic design, licensed character development, architectural sketches, oil painting, silkscreen prints, watercolor drawings, wildlife nature drawings, sculpture, ceramics and photography.
As a senior in college, he won First Prize in an Industrial Design contest sponsored by RCA's Major Weapons Systems Division for a NASA space shot control room environment that incorporated a modular computer desk system. Graduating with a Bachelor of Industrial Design degree from Syracuse University, Jesse was the first Syracuse ID graduate ever to be hired by General Motors Styling. He is a highly motivated, innovative and creative problem solver with a consistent record of excellent design and unique product accomplishments.
During his years at the GM Tech Center, he continued his fine arts training at the famed Cranbrook Academy of Art and also at Wayne State University. Upon returning east he switched his career from designing big people’s toys, and went on to a distinguished career creating, inventing and designing children’s toys.
At Topper Toys he was the creator and designer of the JOHNNY EAGLE line, JOHNNY SPEED line, SILLY SAFARI game and SUZY CUTE doll and line. His unique package design for the "PENNY BRITE" beauty line won the Grand Award in Chain Store Age Magazine's VASPA competition.
As head of Industrial Design for a newly created offsite Research & Development team of the Kenner Toy Company he conceived of the idea and helped in the development of the breakthrough toy hit STRETCH ARMSTRONG. Based on Stretch Armstrong’s success, and seeing the advantages of a separate R&D entity, when they split off from the General Mills Corporation, Kenner Toys, Parker Brothers Games and Fundimensions (crafts and Lionel), joined together and formed a fourth company for the new corporation as its Marketing and Design R&D group. They named it MAD. As Director of Design for the MAD East group (a sister west coast group was formed a few years later), Jesse and his team created many successful toys and toy lines for the Kenner, Parker and Fundimensions companies and many unique toys that were never produced. He and his group were directly responsible for the creation of two of the most famous and monetarily successful toy industry icons: STRAWBERRY SHORTCAKE and CARE BEARS.
After Tonka Toys disbanded the MAD group in a buy-out of the KennerParker Toy Group, Jesse went independent and among other clients, designed products and graphics for Disney on Ice, Ringling Brothers Barnum & Bailey Circus, Takara, Galoob, Playwell, Just Toys and Little Tikes.

Jesse  lectured on “THE FUTURE OF TOY DESIGN” at the International Innovative Industrial Design Symposium sponsored by the Hong Kong Productivity Council at the Hong Kong Convention & Exhibit Center. The following year he was invited back by the Toy Manufacturers of Hong Kong, Product Development Institute to conduct an intensive five-day workshop on Innovative Product Development called “CONCEPTS and TECHNIQUES FOR TOY DESIGN”.

Always keeping his interest in fine art Jesse never gave up his purely creative juices. Throughout the years he has produced extremely creative art in multiple disciplines. i.e.: oils, watercolor, silk-screen, pen & ink, 3D sculpture and ceramics. Recently he has transferred his talent to the computer and reproduced many of his well-known pieces into quality art prints, some of which are displayed on this site.
Art galleries representing his fine art prints:

Jesse is an avid SCUBA diver and holds a 6th degree black belt ranking in the World Seido Karate Organization. He has kept his BODY, MIND, and SPIRIT in shape through his thirty nine years of training directly under the famed and world renowned Grandmaster Tadashi Nakamura.

Jesse can be contacted at: 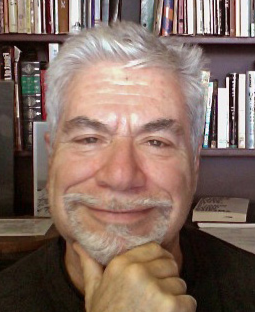